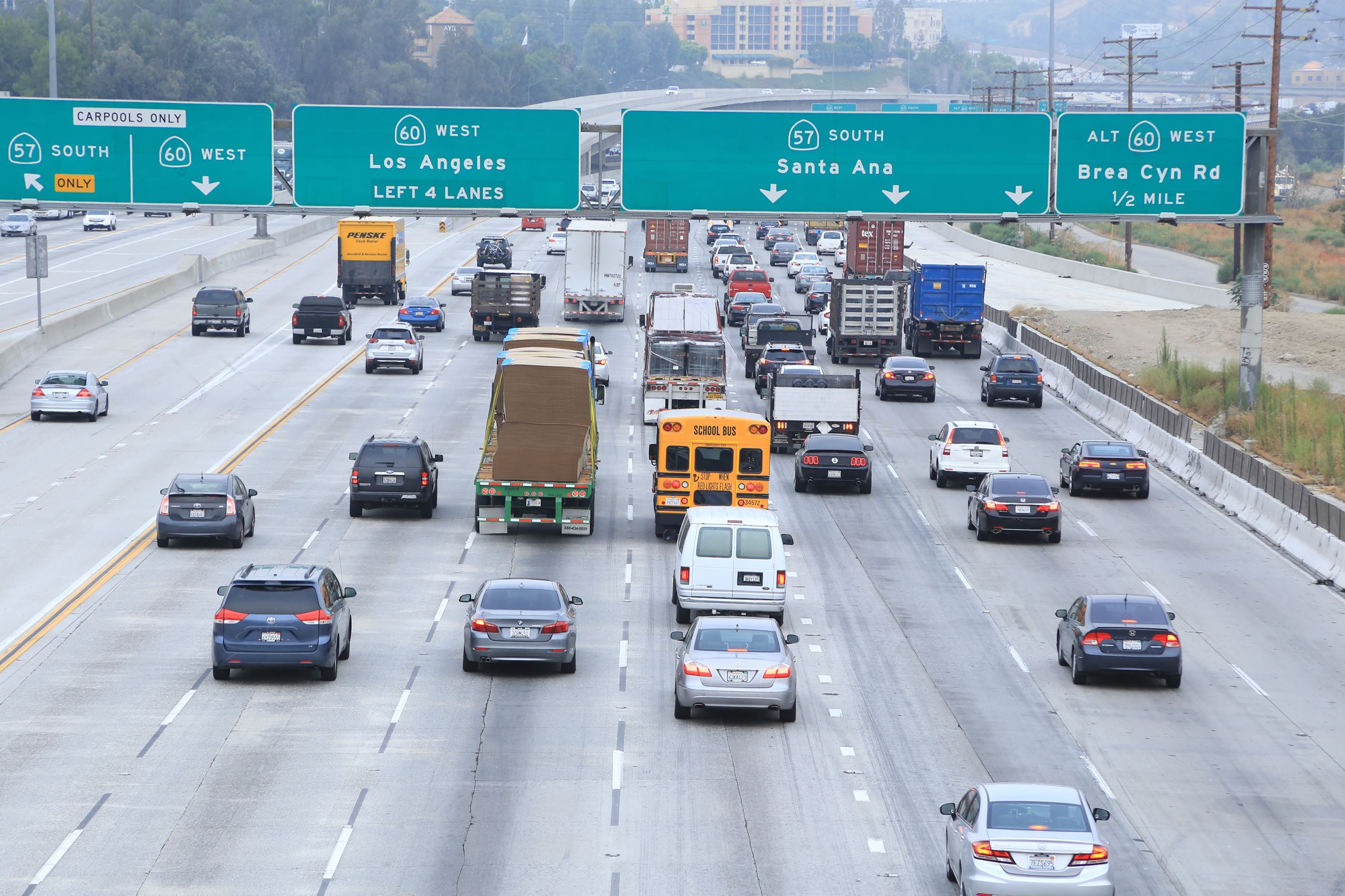 The 57/60 Confluence Project is a three-phase program of improvements consisting of ramp and interchange reconfigurations as well as the addition of auxiliary collector/distributor and bypass lanes to significantly reduce the weaving and the resulting congestion and accidents.

Project partners include: Metro, Caltrans, SGVCOG, City of Industry, and the City of Diamond Bar.

Phase III is the freeway mainline improvements and by-pass connectors valued at $420.2 million. The project has received partial funding from the County of Los Angeles Measure M and efforts to obtain grant funding are currently being conducted to fully fund the construction. The final design phase or PS &E for Phase III is scheduled to be completed in late 2021.

Phase IIA is the construction of $16.8 million street widening improvements in the vicinity of Grand Avenue and Golden Springs Drive. It is fully funded with a $6.8 million grant from MTA and $10 million of local match funding. Begin construction October 2020.

Completed - Phase IIB of the Confluence Project included the construction of a $21.2 million westbound off-ramp and auxiliary lane to Grand Avenue. The project was funded with a $9.4 million MTA grant, a $10 million TIGER grant and local match funding.

Completed - Phase I of the Confluence Project included the construction of a $13 million westbound on-ramp at Grand Avenue. The project was funded by a $6.5 million MTA grant and local match funding.

The SR 57/60 Confluence is part of the National Highway Freight Network and is on a federally designated Trade Corridor of National and Regional Significance. The City of Diamond Bar sits right at the crossroads of one of the most heavily travelled and crucial interchange in the nation. Both the SR-57 (Orange) and SR-60 (Pomona) are major travel routes that are critical to Southern California’s regional traffic flow and serve as important links in the movement of goods from coastal ports to inland counties and other states. SR-57 is one of few north-south freeways in the region, serving as a key link between Orange County and East Los Angeles County. In contrast, SR-60 is an essential east-west corridor connecting employees and freight between Los Angeles County and the most populous parts of the Inland Empire.  It is also one of the most highly utilized truck routes moving 43% of freight goods in-and-out of the Greater Los Angeles Basin.

The need and travel demand at the confluence of the SR-57 and SR-60 are at growing risk due to increased pressure from increased population and economic demands. In 2020, this stretch of freeway has been ranked the worst truck bottleneck in California and the ninth worst truck bottleneck in the nation, as well as the second highest truck accident location in Southern California. In 2013, the Federal Highway Administration identified it as one of the 25 most “Congested Freight-Significant Locations” in the nation.  This significantly impacts travel and goods movement as well as further congesting the Cities of Diamond Bar and Industry streets.

As the final phase of the larger Confluence Project, these improvements will improve the Level of Service (LOS) on the SR-57/60 Confluence during peak periods from LOS F to LOS C and better.

The Project will eliminate most weaving conflicts in the eastbound direction, improve overall traffic flow, reduce accident rates, and alleviate the bottleneck effect this segment has on the operation of SR-57 and SR-60 and the overall LA-Inland Empire corridor