What is the California Voting Rights Act (CVRA)?

In 2001, the state legislature approved the California Voting Rights Act (CVRA), modifying burden of proof requirements contained in the federal Voting Rights Act of 1965 to make it easier for plaintiffs to challenge at-large voting systems. Federal protected classes include members of the same race, color, national origin, religion, sex/gender, age (over 40), and disability. The CVRA prohibits an agency from using at-large elections if it impairs the ability of a protected class to elect candidates of its choice or otherwise influence the outcome of an election. The CVRA includes the imposition of district-based elections by a court as a remedy to violations of the Act, and requires the government agency to pay all legal and court fees of a plaintiff that prevails in the courts.

What is racially polarized voting?

What are district-based elections?

Since incorporation in 1989, the City has used an “at-large” election system in which voters elect each of the five City Council Members to provide city-wide representation. A district-based election system is one in which the city is divided into geographic districts where voters in each district select one Council Member who resides in that district to represent them.

Will the change to a district-based election system affect my vote?

Yes.  Instead of voting for all five members of the City Council, voters will vote for the one member only.

Why is the city moving to district-based elections?

To succeed in the courts, a plaintiff must only show that racially polarized voting has occurred. To date, there is no established CVRA case law in which a public agency defendant has successfully prevailed on the merits. Thus, the majority of cities facing the threat of CVRA litigation have voluntarily transitioned to district-based elections citing the cost of legal defense and potential liability for significant attorney’s fees and settlement costs that have reached into the millions of dollars if the City’s legal defense is unsuccessful.

On February 17, 2022, the Diamond Bar City Council adopted a resolution stating its intent to voluntarily transition to district-based elections.

What is the timeline to move to district-based elections?

In 2016, the legislature amended Elections Code section 10010 to create a limited “safe harbor” timeline for agencies to transition from at-large to district elections. The amendment prevents a CVRA lawsuit from being filed if the agency adopts a Resolution of Intent to transition to district-based elections within 45 days of receiving a letter from a potential plaintiff. The agency then has 90 days to complete legal proceedings to make the transition. If all required actions are completed within the timeline, the agency’s potential liability for plaintiff’s attorney’s fees is capped at $30,000.

To transition to a district-based system, the City Council must adopt an ordinance requiring City Council members to be elected by district or by district with an elected mayor pursuant to Government Code section 34886. Per Government Code section 34886, the ordinance does not need to be submitted to the voters for approval, but must include a declaration that the change in election procedures is being made to further the purposes of the CVRA. Prior to the adoption of the ordinance, the City Council must establish district boundaries and determine which of the new districts will be subject to the first district elections. To do so, a minimum of five public hearings must be scheduled, as follows:

Why is this happening so fast? Can we slow down the process?

The “safe harbor” provisions of the Elections Code set strict, defined timelines. The City cannot deviate from the 90-day safe harbor timeline explained in the previous question without exposure to litigation and potentially significant costs. 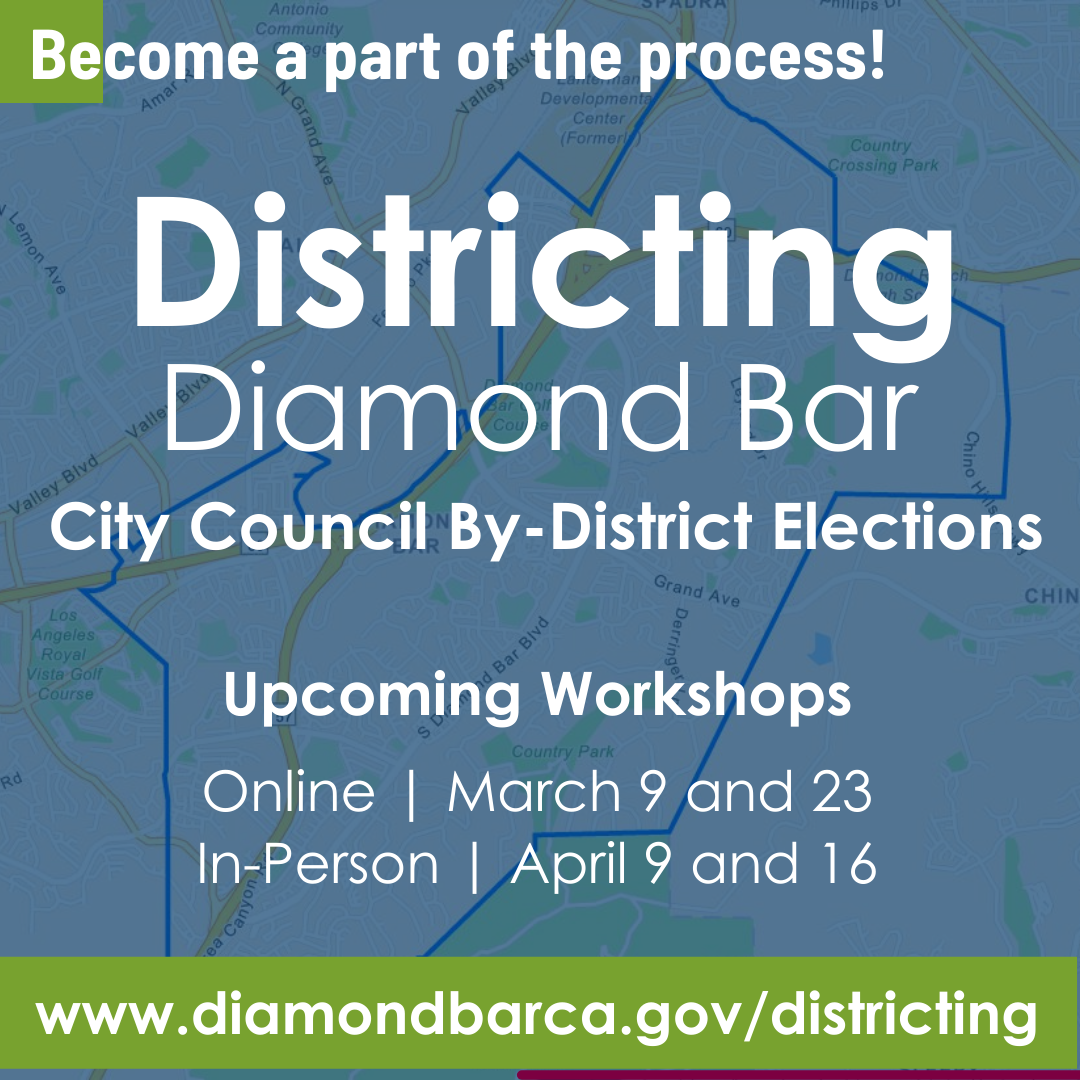 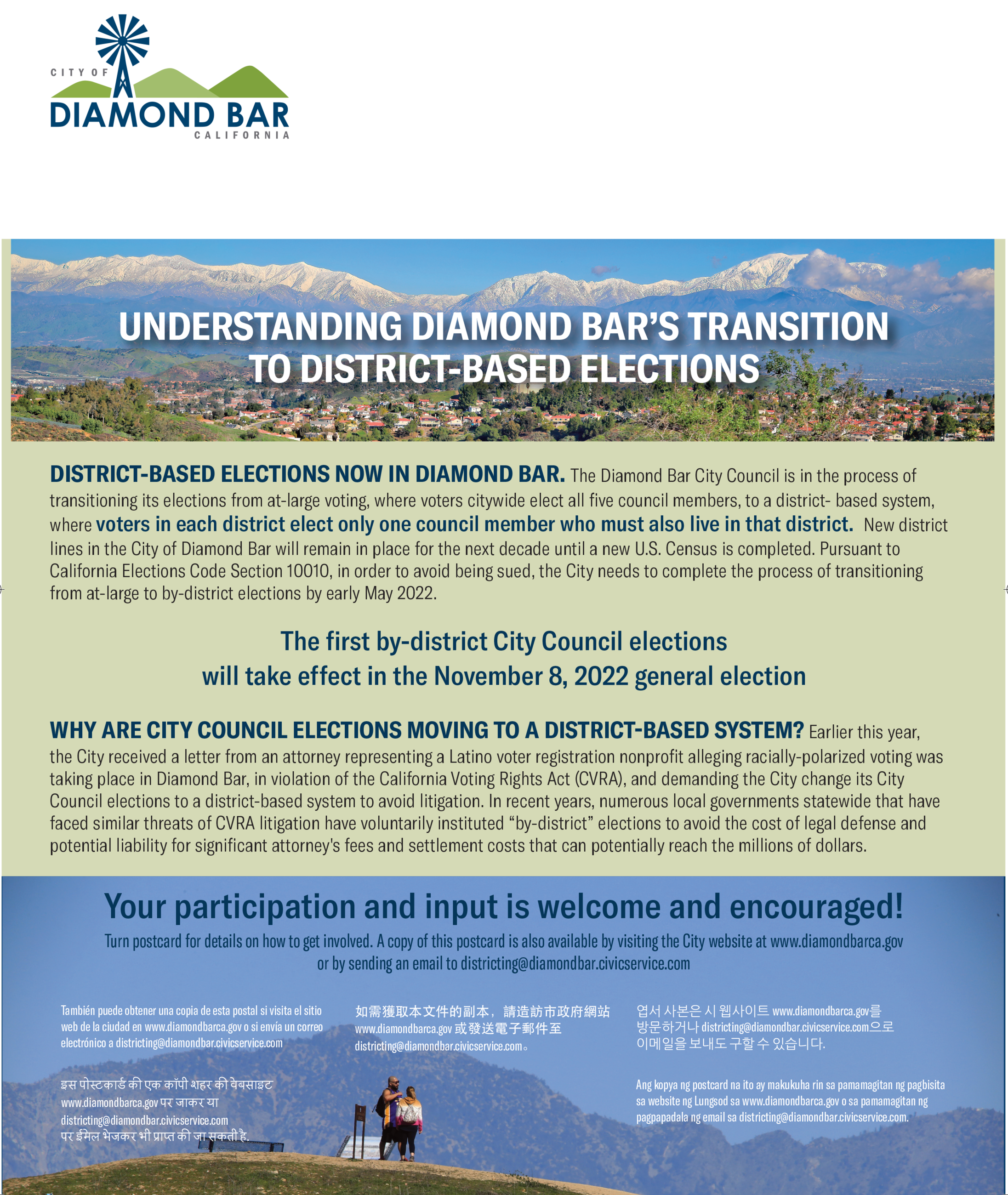